Reasoning for the Guardians of the Seven Realms

I totally agree.
Why would someone imprison hin/her/it self for eternity without able to do the other things they are required to do. that is illogical and impossible.

You just could have them willingly accepted this gargantuan important task.
Some sort of agreement with the earlier Immortals (as many of the current ones did not exist when the Carnifex were imprisoned) as actually only a few Immortals and Fairies are truly Immortal to be reborn continuously.
The Plane could indeed be abandoned by the fairies appointed to. Yet when actions of magic, technology or intrusion happen, they would instantly return here as if a Immortal level Contingency.Quest spell is activated.
Not only the Ruler would have this effect, allso up to a 100 individuals chosen by him/her/it
This would truly befit their task, yet also give them some freedom to perform other tasks.
You could also have portals leading to 'their' pocket plane accessible only by those appointed.
And the gate down to the other Realms or the Carnifex prison warded, protected in all ways possible....only the way through the septahenge would reduce these wards to what the adventure gives. 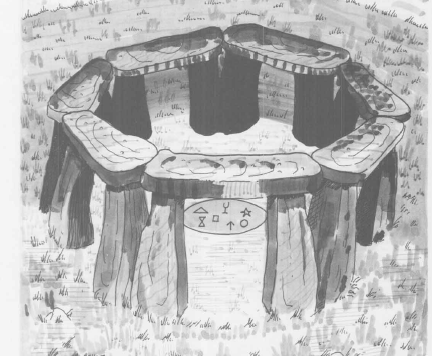