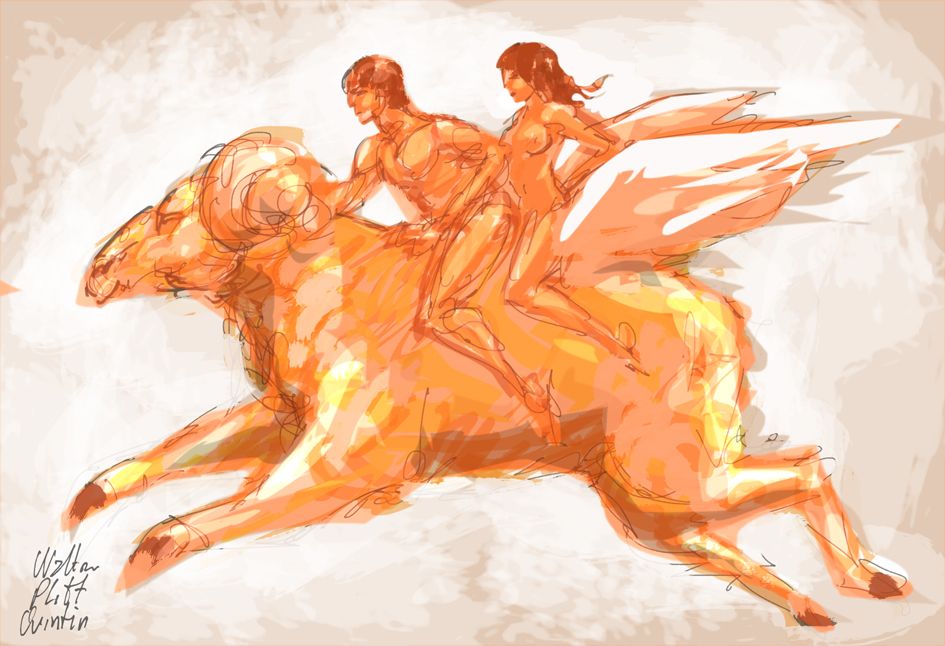 Belived to be of Outer Planar origins, the Chrysomallos Rams are winged creatures sought after by Wizards for their fabulous gold-colored coats which are believed to have magical properties. These rams can be ridden by Halflings, Gnomes or other small creatures. They can cast Protection from Evil 3 Times per day on themselves and their rider.

Lawful and Neutral Immortals have sometimes been known to send them in aid of Clerics, Paladins or other followers.

Also check out my other BECMI Monsters.