Just to add here.
The artist Ooki on Deviantart created this drawing of an awesome spell effect.
I could not resist making the spell statistics 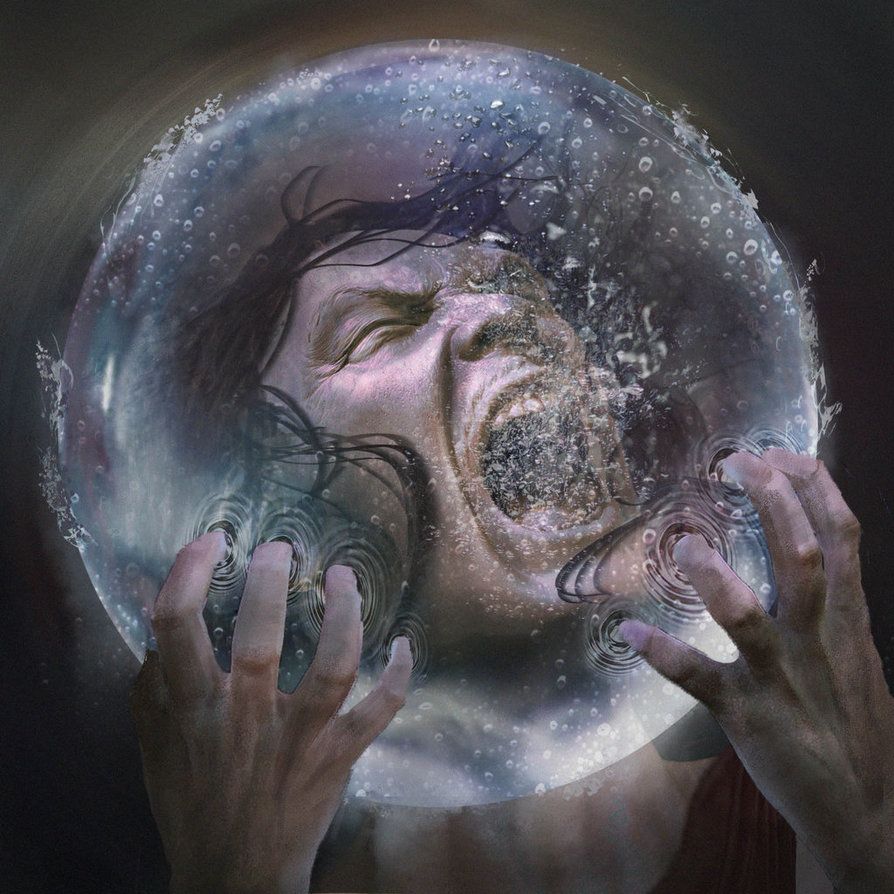 Mage Level; 5 (a DM could also grant this spell to Clerics of Aquatic Immortals as a level 6 spell)
Duration; enough to drown a person; a Turn (10 minutes=60 rounds)
Range; 5'/level of the caster
Effect; 1 creature in visual range of a 120 degree arc per 6 levels of the caster. This requires a succesful intelligence check penalized by the amount of targets above 1. Check this one roll how many succces, and how many failed. If INt =16, Int. check rolls a 14, and there are 5 intended targets. this means that 1 the base target and two other targets are targeted succesfully and require a saving throw, and the others not.
Saving Throw; Individual Succes; enables to break free of watery sphere after 20 - constitution rounds. Failed; Apply drowning rules as normal (agitated or restful--see swimming link below). If the save is succesful only fatique rules are applied until rested sufficiently.
Spell components; Verbal, Somatic, and 1 pints of water (or other watery liquid) which is consumed in the spell casting. Only mainly water cantaining liquids can be used so no acids, bases, liquid metals etc.
Description; Target(s) within range are affected by a watery Sphere of 1.5 feet diameter(about 6 liters or 11 pints) around the head of the target, which may save (BECMI/AD&D1&2 Spells, 3rd/3.4, 4th, 5th D&D Reflex DC20 +1/level caster) to prevent drowning. If the save failed the character drows as per normal rules, and thus can be saved by a succesful healing skill (see here for BECMI), if the save is succesful only fatique rules are applied until rested sufficiently. The spell has no effects on creatures with heads larger than the sphere or those capable of water breathing, or those creatures capable of swallowing the volume completely; like Ogres/Trolls.
When the spell ends the Drowning Spheres bursts and makes the target and 3 feet around the target wet or spatted.
This spell can't be made permanent or duration increased.
Flavour text; Two adventurers running away as fast as possible. "Damn Ya Mage, why did ye use beer as y'r spell component to drown that troll, It only got drunk and now wants a snack beside its drink...US!!!"