This time something that can't really be mapped, but seems to be in inherent part of the Real World of Eastern Europe, and therefor something that deemefd most logical to the World of Mystara also.
The Gypsies are partially drawn from the AD&D2 Ravenloft Vistani. (also because Ghistani is linguistically equal to Gypsy and the Dutch word Zigeuner)
I hope You like these.
Blue colored text is DM information to use creating PC's or NPC from their stock (follow the Traldar Creations as from Gazeteer 1 for basics, yet these have no birth- or home town) 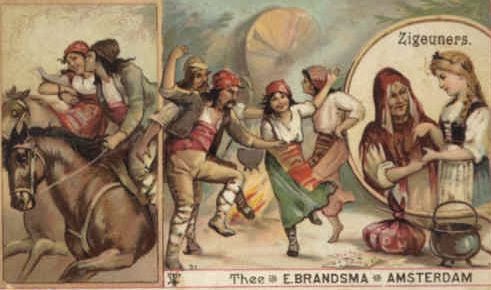 Plagued through the ages these original Traladaran refugees from times so long passed, they themselves have even forgotten their original source. However, grouped together a history can be made. Far before Halav The Taymoran took over control of the region, and forced these primitive humans under their control. It is the Ghistani who first discovered the secret of the Undeath/vampiric state of these Taymoran. They shared this information and prepared to resist. They detected that these vampires could not enter a house uninvited, which was used against the Taymoran. This worked initially, however the Charm ability of the vampires soon faded this resistance away.
The ancestors of the Ghistani grouped together in mutual homes, here the sharing of the home ownership was their strength as the vampires had to charm all of them to succeed taking over control. Then these Traladaran grouped together even more, in simple home wagons, like their ancestors did trying to survive the Great Rain of Fire and its fearsome aftereffects like the Wasting Disease. 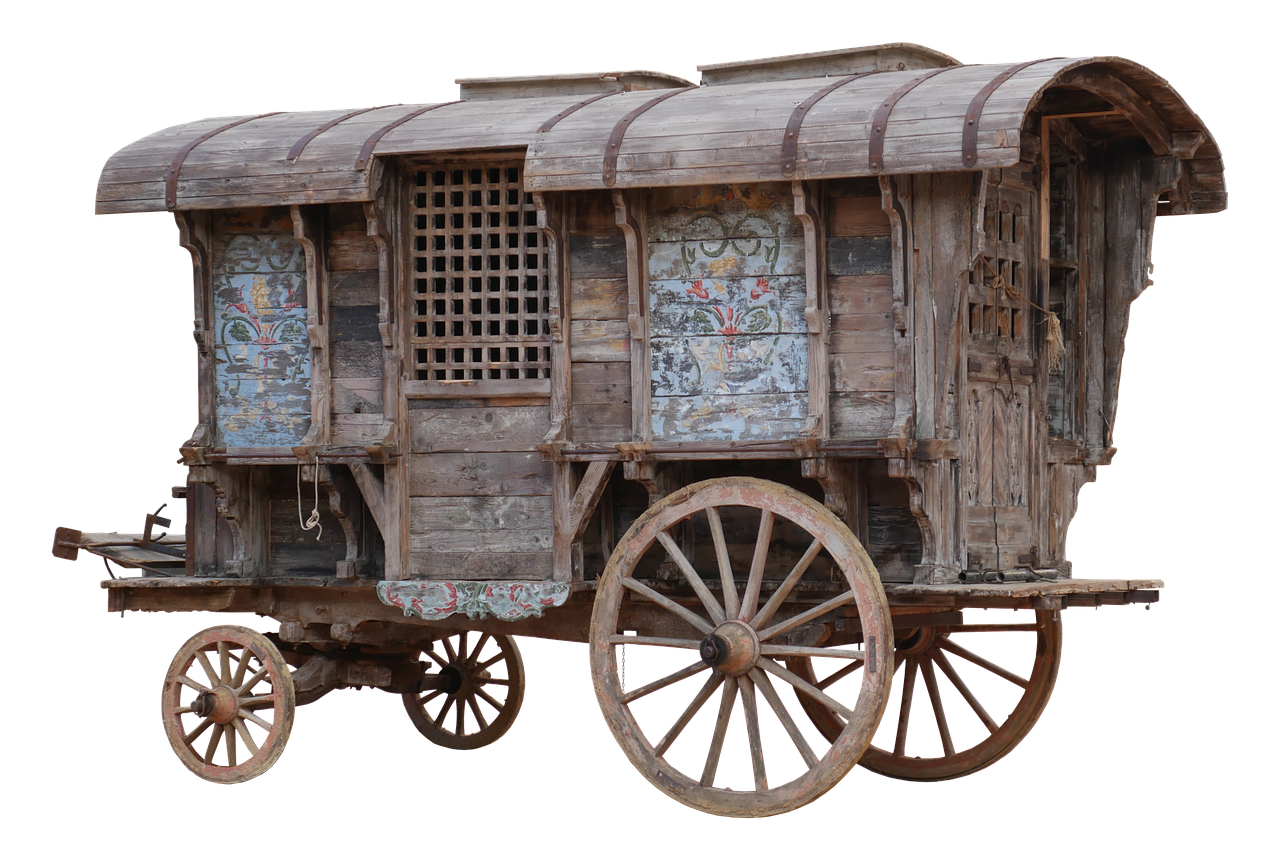 They did so never a door could be forced open, as there was no house. They used the ancient magic from a millenium before the Great Rain of Fire, natural witch magic, and fused this into their wagons and identities. Unknowingly it did affect them greatly. They no longer were able to build stone structures, or live longer on the same location than a single moon. Yet it gave all of the inherent magical abilities and understanding of the magical world. Some say that amongst these Traladaran were Sidhe, which over the ages merged together with these Traladarans into a single fey-like human race.
Normal Humans have a 5% chance to have Second Sight (See PC1 Tall Tales of the wee Folk), Ghistani have a 20%.
They are very religious and follow the old Traladaran Immortals. Even the mages and witches understand this importance of their faith and follow all their ancient traditions to the letter. Over the centuries this group consisting over 17 families traversed the country and travelled even beyond. They are known to traverse Darokin, Thyatis, The Five Shires, Glantri, Ethengar, yet do not like to travel through the barren sands of Ylaruam for the remnants of ancient magic possible dangerous to them.
Most travel in wagons, only two families travel in vessels, and these are the survivors of their kin when Taymora dissapeared below the waves and the earth swallowed up all their history. These are seen in Ierendi, Minrothad, Thyatis, 5Shires and even the Thanagioth Islands and the souther continental shores.
There are rumors that these Ghistani as the called theselves after the disaster (old Traladaran for; Wandering survivors) are able to use their inherent magical powers to enter other Planes Freely (amongst all Dreamlands, the Elemental Planes, The ethereal Plane, and even the Sphere of Death.
This is a group magic bound to the whole group in a radius of 20 yard from the family caster--one per family wagon each and derives its power due the Fey abilities connected to them and the Dreamland Realm)
They have like the Ethengar great knowledge of the Spirit World and its inhabitants (Dreamland & Sphere of Entropy) and are of the few knowing there is a great Portal on World Mountain.
Some of the Ghistani are Witch (mage subclass), Hakomon(as Gaz Ethengar), or Shaman(as Gaz Ethengar). most of them are Scout(thief Subclass), Thief, Rake(thiefsubclass as Dawn of the emperors, or common Fighter. Even though religious and having small portable shrines to their immortals, they have no real clerics amongst their midsts and rely on theur froendship to the Traladaran Faith and its clerics. 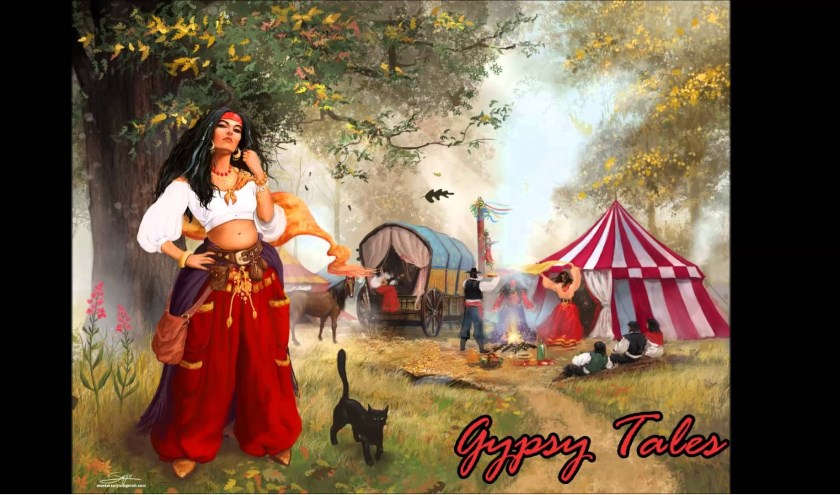 The Thyatians dislike the Ghistani for harbouring withches, asource of magic they can't get a grasp on let alone control, and deem them as dangerous to Thyatian traditions and control. The Traladarans have been used to these overak friendky (though often also thieving)Ghistani and they are welcome everywhere, although disliked by the followers of the Unholy Trinity.
With the coming of the Alphatians and the spreading of Lycanthropy several Ghistani were infected with different strains of it, amongst Werebear, werefox, werebat, wererat, and a few werewolves. Today about 40% is infact a natural (not by infection) born lycanthrope of these variations only ( 65% bear, 15% Fox, 10% Bat, 7% rat, 3% wolf), and their dominant lycanthropy took root in their traditions. today their bear dance slightly lifts some of this veil of secrecy. Dancing bears is one of the enchanting traditions in Romania, and does not imagine real bears, but people dressed in bears that carry on this ancient custom.

This unique archaic tradition in the world has roots even from late Taymoran times. The nomadic gypsies roamed the villages with real bears dancing on a certain rhythm, and later they danced as themselves being werebears. It is therefor assumed that the lycanthropy they were infected with was caused by infected animals they cared for or were part of their cultural heritage. This danced lured the people(including the vampires) away enabling the other Ghistani to steal food, drinks, clothings and such. Up to this date the Ghistani are known to be a thieving bunch
Nowadays, the bears are only revealed as people dressed like this (unknown to kost their are real werebears amongst them). the custom is specific to villages and cities from the original Traladaran region of the Known World (5shires, South Darokin, Karameikos, Thyatis), and it takes place in the last 2 months before the New Year (and the feared day of Dread, where some Traladaran locals use to hide among the Ghistani as they enter another Realm.

Groups of dozens of people, carol dressed in bears from door to door, to wish a new year as wealthy as possible when they return a day later. Traladaran's Bear Dancers are thus fully respected, and farmers welcome these often to stay on their lands as it is rumoured to bring fertility to do so, but bring hardship if not. The Ghistani do respect the humanoids, yet as this is not reversed, they still often have to fight these.
The greatest respect they have is for the giants in the region. Especially the Stone, Storm Giants are well known for their abilities, and even the brutish hill giants know the Ghistani not being an enemy.
THe Ghistani have travelled the Planes and worlds and thus can literally be found anywhere but the far Outer Planes. Their knowledge of the inner and close Outer Planes is great and often suprcedes that of the average mage and even Glantrian Scholar.
Out of necessity these Ghistani in the last centuries often became returning entertainers using their abilities as such and not always rely on theft (their Fey side doesn't understand personal property, while their human side does). Many travelling circusses are run by a group of Ghistani .The normal common wagons are then often painted in colorful designs. 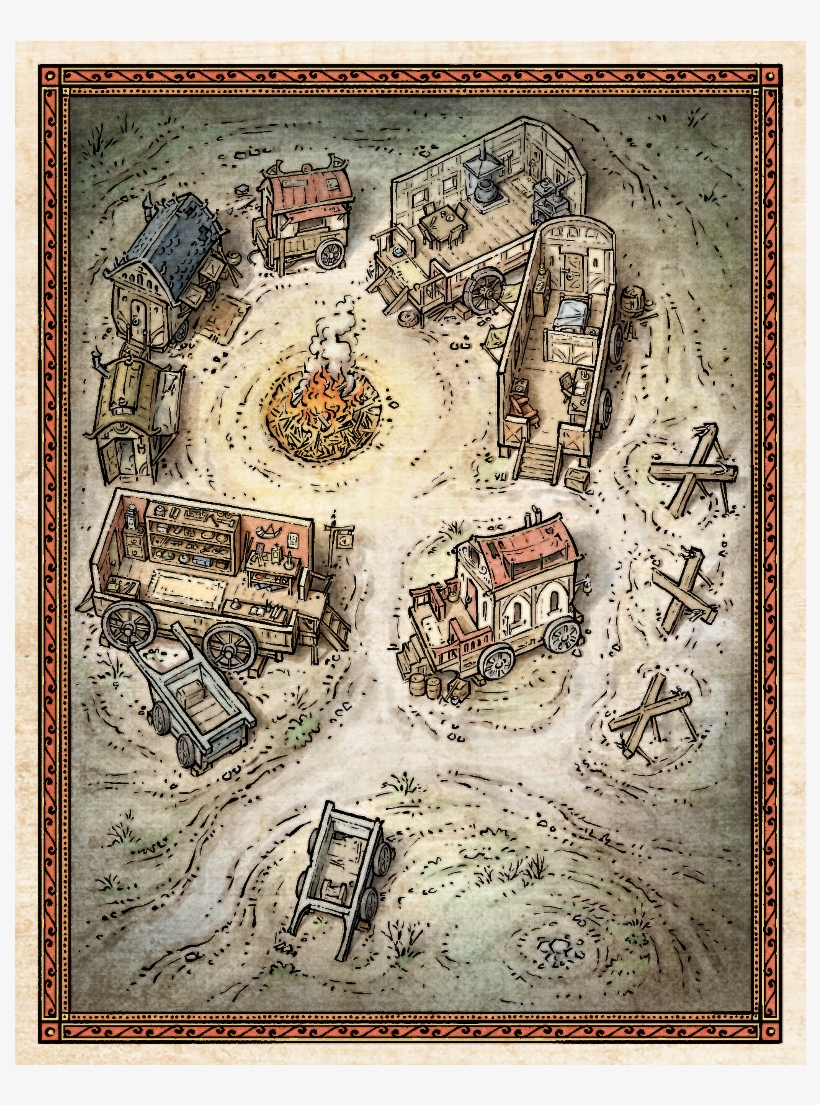 Yet being mostly (999%)poor they often appear to be beggars, and the Thyatian dislike out of religios/control bias often forces them to reside in the wilderness. 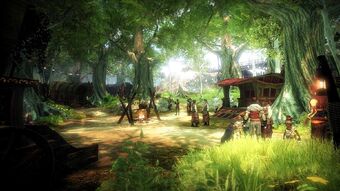 For encounter chances exchange within wandering adventurers on the Table of encounters as the Rules Cyclopedia, with a 50% chance of giving 6d4 wagons of Ghistani, with each wagon having 3d4 occupants from any gender, age or class(as given above) with the abilities as presented above (including the @nsd sight and possible other fey abilities like being invisible to Mortals. these abilities have however been diluted due the human side and can be used not unlimited but a maximum of 3 hours in total per 24 hours or no more than 3 + the characters individual constitution bonus times a day.