In D&D there are two forms of magic what people call illusions and Mystara has a tird version.

1; the magic creates an images in the mind of the affected persons conforming an Emotion, Image and/or Sound , or even the sensation of Touch or a general unpleasant feeling, while unaffected persons do not see anything. However a Detect Magic I assume would reveal the area being magical affected (andf if you use the Detection anylasis suit, by suitable Knowledge Skills and a succesful check on these; the user of the Detect Magic spell can become aware there is Illusionary magic active).
These are rarely natural, although some examples are known.
There is some debate if Mental spells like Sleep and Cause Fear belong to this sort of Illusion, However, a Remove Fear is clearly NOT an Illusion although the Clerical version can reverse the spell, thus being the same source of magic. Magic users however can't simply reverse any spell as per canon, yet know the existence of the reversed version while studying/creating the spell, so in their case other sources/method of magic are possible.

2; the magic creates a photomagical image which acts according programming (either by source, actions others, or both).
These can be naturally spawned as similar to the Ghostly Horde 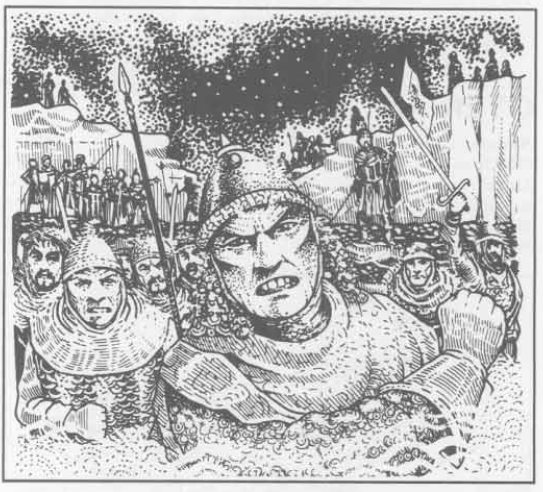 These can be magically created as Mirror Image, Phantasmal Force, and depend of the knowledge of the caster how real these images are. The Mirror Image also seems to contain a minor translocation, as either the missiles/melee attacks are redirected to an image or the caster moves along the 1d4 images. 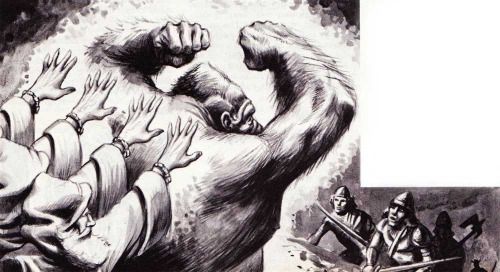 It is depending on the Strength and clarity of the illusion how many senses are affected to perceive these as real.
The Baldandar are master in Illusions because they affect ALL senses. In an way they created (like the Star Trek series) a limited area where holographic images are creasted with enough power to affect touch.
There are some sources mentioning that many spells are in fact illusions, including Magic Missile and such, that is on Mystara clearly not the case, here the magic is originating from a variety of sources ranging from Elemental, to Outer Planar, Time, Life, The planet, the Immortals, Personal power (like as suggested in the HW trilogy when clerics can still cast level 1 &2 spells even when the immortal is not available to grant these) and affected by the Radiance in various ways (making magic easier to change and cast). These sources give the typical energy used to do the task the spell describes.

3; The Dimension (sometimes referred wrongly to Demiplane) of Nightmares is the opposite in all aspects of the Dimension Mystara exists in (Mystara being Dimensions 1 to 4, the Nightmare Dimension being 5 to 2) is another form of Illusions, everything there is as real as here. And some say the world of Mystara is an Illusion to them as they are to us. One can thus safly assume the above two versions of illusions can exist here too, yet are using the opposite form of dimensional basics.

Here the Neh-Thalgu, Brain Collector, Beholders, Diaboli, and many others (to Mystarans) unspeakable Horrors live and both can't really affect
eachother by their magic as this is created using the Dimension the othr has not---and what is not has no effect...so simple
in my Great School of Magic in detail I worked a bit on this (pages
where I used the canon to create an entry location of the Dream Masters (as per GKoM )or Masters of Illusions (as per Gaz3)
I would add one thing. the Rule of insanity as per Gaz3/Gkom rules while being there I would lower the chance over time, as the creatures from there seem not to be affected by Mystara's dimensional effects and should have. So The longer you are there the more resistance to the insanity of te dimension you develop. While at the same time you will become vulnerable to that dimension (or Plane if you so prefer) its magic as per AD&D2 Mystara MonsterCompendium on Diaboli (and thus others who in this canon source ARE affected by magic...this descrepancy can be resolve by adding this adap taion effect.
That said the seemingly illusions there and on Mystara are opposite and in effect similar and real, albeit mosat locals in that dimension aren't aware of that.

One important note
In later versions of D&D the Invisibility spell is listed as an Illusion, yet Mystara it is NOT. Here light rays are bended,, Molucules become translucent or reflect no longer light and removing the object/person from that location, or the person fades to the Border Ethereal...All these versions of Invisibility seem to exist on Mystara. The Fey Invisibility to Mortals is even stronger as that affects also time, the Second Sight ability of Fairies and Dragons reveals this, as alternate shapes are revealed by this sight.
so all in all it seems easy, yet it is more difficult then generally thought