The module Maze of the Riddling Minotaur indeed severely limits the use of magic AND exploration (due sight limitations).
Yet nowhere it is described WHY/HOW this is so.

I had devised this spell due old discussions on some D&D forum of Bygone days.
I know it is old, and may need some minor revisions, yet overall it does fit the module's described effects.
I hope this helps

It is best to be assumed this spell was created when the Minotaurs were at their peak of social/cultural/magical prowess. The spell thus survived the decline of Minotaur culture. It is rumored that Gildesh was one of its creators, yet the other 8 are still unknown (suggested; Kiranjo, Oloron which bth are rumored to be Immortal and have been Minotaur).
9th level Alteration Evocation Abjuration spell
Range: 2 Dimensional 800’ x800’x20’ or 3 Dimensional 400’x400’x400’.
Duration; Permanent
Effect: Special.
Saving Throw: Special
Reading time: Can’t be written on scroll and contain the power needed.
Casting time ; 1 full DAY (or less see below)
Component; Verbal, Somatic, Material( one Minotaur made or possessed maze,
Example; 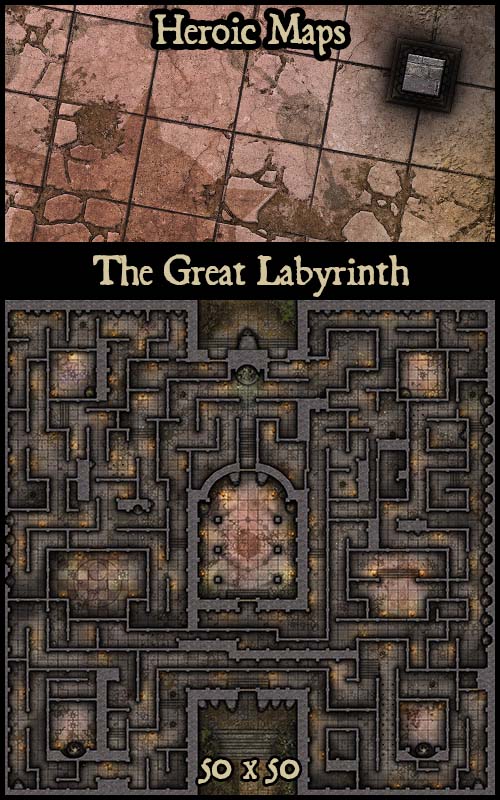 AND 1 flask of Elemental Air, 1 Bowl of Elemental water, 1 spark of elemental energy(not flame), 1 crystal of elemental Matter, 1 sacrificed creature (if Minotaur see below) for Entropic energy.)
Additional Sacrifices to reduce Turning as described below. This is an Evil act.

Information; This spell causes an existing labyrinth created by Minotaurs or taken over by Minotaurs (thus not a Maze created or occupied by Humans, Dwarves or other creatures), to be affected by several very powerful magical effects. This is important as the magic affects the tiny traces left behind by the Minotaurs (fur, skincells, sweat, scent, magical residue, etc)
The spell can affect a Maze in one horizontal layer with affected Dimensions of 800 feet by 800 feet and 20 feet high, or a multi-layer Maze with Dimensions of 400 feet by 400 feet x 400 feet. Any part of the Maze beyond these Dimensions will not be affected in any way. Several effects will happen in the affected Area. (Adjusted from the Old Adventure Maze of the Riddling Minotaur).
This spell must be cast by a minumum of two caster's using this spell of which at least one is a Minotaur of any breed, or a Winged Minotaur. If this can not be done, a minotaur must be sacrificed and fully used in the enchantment while 9!! spellcasters work together to create this spell.
The spell is exhausting and has a very long casting time. If more than 2 casters are used the casting time is reduced by 2 hours for each eaxtra caster up to a maximum of 9. If a minotaur is sacrificed (willingly or not) the casting time is reduced to 12 hours, but can be reduced no more by adding additional casters. If any caster is disturbed during either variation of the casting the spell fails, and must be recast.