On Mystara The Dodo can be found on most Sea of Dread islands up to the Davanian Coast with enough forest vegetation.
All other islands especially close to settlements (even if it did exist there earlier) the bird has become extinct in the last 100 years or so.
So most of the larger Islands, the bird can only be foynd in the larger forests. It is mostly found on smaller forested islands.
It is presumed the creature did exist before the Taymoran disaster of 1750 BC, and used some kind of unknown sense (see below) to flee up the mountains which later became the islands of the Sea of Dread.
The bird has been an indigenous species of the Taymoran region and was ignored as food source except the primitive humanoids.
When Taymora sunk, the surviving ones on the islands multiplied rapidly due lack of predators.
Lizardmen and Tanagoro settlers did eat on the beasts, yet mostly imported rats, dogs and pigs decimated this peculiar bird.

Thus far seemingly similar to the real world Dodo, the bird is on Mystara somewhat different.
These birds are inherent magical, and the magic lies in sharing, a sort of Communal Magic so to say. The more Dodo's are within their effective vicinity the more powers they gain.
This is the main reason small islands where more birds live in a closer proximity, they are able to succeed in surviving the menaces brought upon them by 'man'.

Basic statistics; HD2, Hp1d6/HD, THAC0 16, DM 1 bite 1d3 (or ability, or fecal kick), AC7, AV0, SV, CL1, Poisonous to Lycanthopes and immunity to Lycanthropy (due silver ore or coin intake), Morale 10, ST5, IN 3, WI7, DX8, CO10, CH 4+1d4), AL LG, LN, NG,basic range 300'(100yard), XP per HD+special* offensive power
Where Dodo's live silver can be found, mostly in doses too low to mine, yet still enough to affect their corporeal statistics.
Dodo's live in Tropical and Subtropical regions, yet can survive in Temperate regions. They will becomee sick if the overall temperature drops below 5 degrees celcius for more than a week without giving it at least warmth. Hence in winter most dodo's in temperate regions are kept indoors. 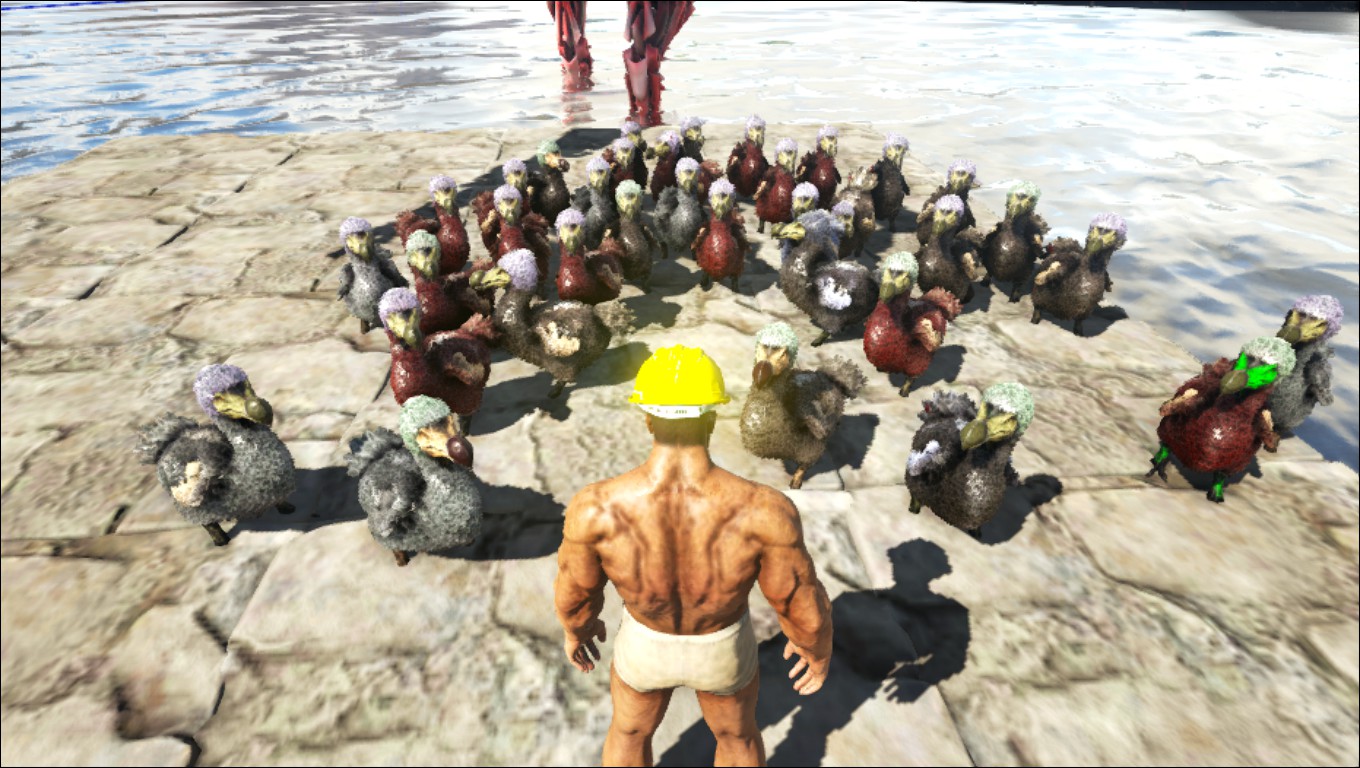 This Character is in serious troubles against this group of Dodo's, one already charges its eyes with a magic missile

The Dodo's are Immune to their Stinking Cloud effects, yet the missile will also harm their own kind.

These abilities are group based, and thus a single Dodo does not have these. however as soon as a dodo is in range both the birds sense this and their range increases, They also sense the general direction the other dodo is, and if it is threatened or not. Sick dodo's do gain the magical powers, yet can't use them offensively. they use these internally to heat themselves just enough to warm up, eat/drink/sleep and survive. In these circimstances the do not move far, and prefer to huddle together.
The more dodo's are in range the more rapidly the dodo's are aware of a communal threat, and use this sense to group together and hence become harder to hit(AC), harder to damage (AV), harder to affect, and more offensive.
As can be seen the powers increase by the amount of Dodo's in range, and hence this is a pure group based power.
The bird is however peaceful, and rarely afraid (high Morale), and use their premonition powers instinctively to find safe ground.
As never more than 128 Dodos were eber encountered it is unknown what the powers would be. Mages have estimated range and number increments, yet are unsure. Defensive powers are constant active depending on the # Dodo's in range
Offensive Powers once gained are available until used, or 24 hours which ever happens first 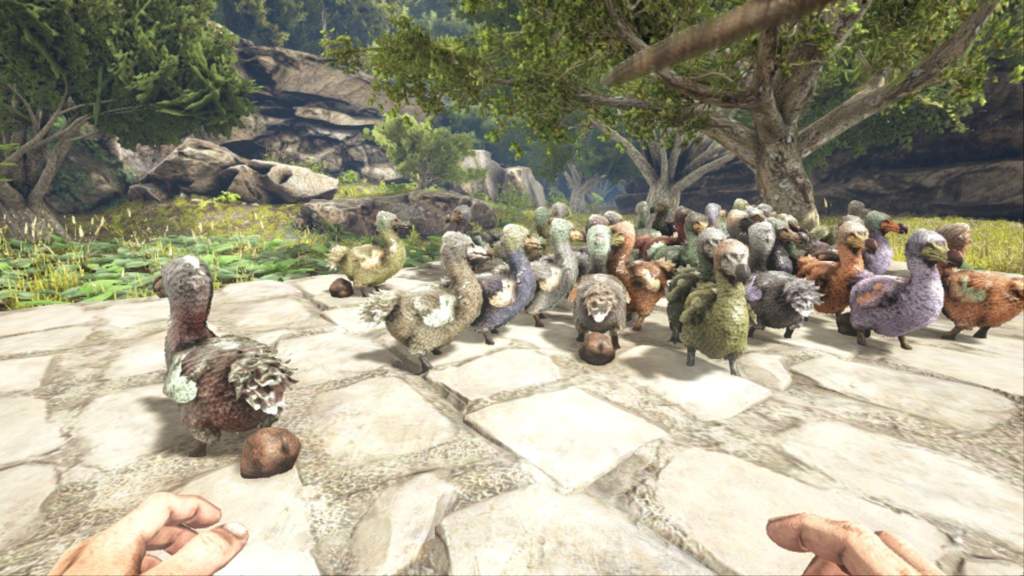 Ok... one can now understand why these critters survived on Mystara on secluded forested Islands or the deep forests north of Davania.