Overall very nice reflection and truly fitting to the Rakasta culture/society.
Very clear and understandable.
I would add that cats are more nearsighted and things in the distance become blurry (60-100 yard +)
They however have clear nightvision (not infravision, more the old Ultravision of Old D&D sources) where their eyes increase the amount of available light to get a clear image. The vision of a cat in darkness is similar to that of humans in the Twilight momement before Sunset and after Sunrise.

And family bonds are eternal, even over great distances and time, when they meet they show their missing the other (most proof is the Lion cubs meeting their human after a long time)
Thus friendships made are very long lasting, and differences understood and accepted.

And although not as stong in scent like Lupins, Dogs, Wolves, Scent is very important to them
An example what canines and Rakasta would have alike is they love the scent of dead prey, and love to roll in it to absorb the scent. Catnip, is a similar reaction, once smelled they don't want to stop smelling the lovely scent, yet unlike human drugs, they can walk away if needed without any withdrawal effects.

While most Canines would have High Senses, , I suggest that Most Rakasta would have Medium Senses, with some types Like the Oceletl High senses and the Alley/basic Rakasta Low senses

Can Cats See Things That Are Invisible To Humans?
Can Cats See Spirits, Ghosts and Angels?
I would thus add Infravision AND Ultravision , or better Supravision to their abilities.
And Second Sight (Like Fairies and Dragons) is more common amongst them than humans. According PC1 Humans 1%, I would say Rakasta 5%.
The Detection spells (which are originally in D&D --especially electronic game all visual aids by enlighting the objects the spell is attuned to) and the Treusight Spell I would make even one level lower than normal, or increase the range of the spell by 5% per intelligence bonus.
Losing sight would be the most dreadful thing a Rakasta can endure. 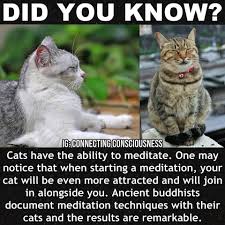 I would add this to the Rakasta culture
In some form, maybe similar to the precepts of Yav. ...to keep game balance, or just random vision (from Immortals or others) instead textual conversation thoughts

I have had multiple cats together (up to a single family of 21) and I can only agree to most. That said there is nit a real difference in the so-called social cats and group-living individual cats. here too a strong male becomes the leader, yet the females cling together and do the hunt, while men do hunt singly, yet have mostly first eat, except for mothers with offspring. Young are accepted by all males, and though the leader has first choice in who to mate, all do mate all, there is no love loyalty unless there is offspring/pregnancy. Unlike lion leaders who eat the young not of their own, normal cats do accept any young of any parent, and might even steal wandering youngs to care for, and if this is done it is accepted. At the same time multiple mothers with young share their young when feeding. I would think a sentient Rakasta would do like have areas where multiple mothers live together with all their young, and all young being raised by these mothers, and all young and motthers treated equally in the aspect of motherhood. Personal sentient aspects of dislike and like would be existing in a Rakasta, yet unlike with humans, there is always a good mother to turn to when there is a bad one.
So I think Rakasta would have two words for mother; Birther(aka the real mother) and Feeder or Caretaker....maybe something like Mama, and MaaMaa.
Similar to the father...if known (this is not always the case) would be the Leader or just a caretaking cat, where each could be the genetic father...Faa (for real Father)and FaaFaa (for other Father).

I would add though that cats often make friendships relying mostly on the scent of a person. A friend visited me often and a few cats were crazed on her personal scent, and could not be chased from her. I became bad when the dominant cat felt the same and claimed her by peeing in her neck and then rubbing himself onher...that was not funny. They were treu friends in the years thereafter however.
To humans this sounds disgusting, yet unknowingly we still do the same (especially in the nightscene men by peeing on walls/trees, while toilets are in every bar/pub) while relieving ourselves.Maybe a claiming ritual would exist on Rakasta, and an act of healing using pee (like Nettle burns, or poison Ivy) would be totally misunderstood by Rakasta.
To Rakasta, personal territory would be regularly marked. A visiting Rakasta would then know who lives there (not by name, yet recognizable) and its general health, last dinner, and if it had sex, is pregnant or in heat. A normal cat would then let this influence his behavior. To a Rakasta I would say it would not influence its behavior, yet it would influence its mood and thereby thoughts. A person 'marked' by urine would be seen as attached to eachother., while those who aren't are not... a wedding ring would be not a thing to respect to them, a scent however would, be it the deed or urine.

I do like a theatre of the Shadows, maybe Rakasta Mages or Rakasta Bards would use Shadow Magic

I do like the barely Audible music idea, however, cats do also enjoy loudly

As to potions, Maybe have Rakasta potions which have other effects on Rakasta then on others. A human using a Rakasta Jump Potion might become more dextrous, or smell weird yet nothing more.

A wonderful punishment for Rakasta (and Lupins by the way) would be giving them shoes and mittens, maybe adding a bag over the head and placed publicly for several hours or days. As being unable to feel the ground, they are unable to move more than a few feet, can't coordinate, jump, use spelks, weapins or anything else, and the publicly shame (as real cats doo too) would make them seriously reconsider their deed responsible for this punishment. Humans would be treated similar, yet with chains. Other punishements would be Banishement, Hunted, or death. Prisons and cages would exist, yet more for excluing the danger for the locals than as punishment on itself.