This is just an irregular large rock island rising a 455' above the water about 1500 yards north to south and 1200 yards east to west in the northern section and 600 yards in the southern section.
It is dominantly a seagull reserve, where some sea eagles, mice, rats, seals, crabs keep the population and nesting in check. A reasonable flock of Atlantic puffin (locally called parrotdivers) can be found in the grown northern corner. The island has no sustainability for anything larger.
Some mages and alchemists forage yearly manure, birds, eggs, feathers and such from the island. Crab fishers sometimes take a pick here too. The only reasonable safe landing place is the eastern beach.

This is the largest island of this group of rock islands in the Halag bay close to the Blight Swamp
The western section is roughly 2400 yards north to south while the eastern section is about 1700 yards north to south. The island is roughly 3300 east to west. The island has several discernable peaks ranging between 300 and 500 feet high.
The central island has a large depression, where the few creeks fill a reasonable lake at 125' above water level. The amount of added water is about equal to the evaporation. Yet sages and explorers estimate it will become fully filled in a 500 years. And then flood out of the island in the barren south at 180'.
The central region is forested with fir and coastal evergreen, and a multitude of bird species nest and forage here. Parrot divers are seen along the south coast. The outer rocky regions are a seagull colony, regularly visited by locals for eggs, birds, or alchemist components. There exist only three safe routes marked with a standard buoy for small vessels.
Due to the serene environment within this small valley on the rock, both the Traladaran and the Thyatians in the past have tried to make a permanent domicile for their faiths yet all these shrines were utterly destroyed after 995AC by the main inhabitant who for unknown reasons does not allow any structures to be created on the island.

Tsennakheb is a veteran guard that lived in Serraine the Flying City. After living most of his live as guard he get bored and decided to adventure by his own. His adventure places went from Darokin to Karameikos. Finally after picking up treasures he decides it was time to rest and have peace. He found a rocky reef in the Gulf of Halag in 995AC with a cave big enough to live and protect his treasures. Tsennakheb's lair is hidden, yet wide and high tunnels (50 to 150') are connected and used by him to store riddles in huge scratched art on the walls. Tsennakheb is 50% of the day time (never longer than an hour) and sleeps 7 hours each night within these caves to inscribe more. Now he just protects his territory, he attacks ships that come too close and adventurers seeking treasures. Tsennakheb has a dark blue front fur and large talons, of which his left one is blunt due the scratchings. He is a 1 level sphinx (13 HD=65hp) that can attack 3 times per round (Claw; 3d6, /3d6(gives only 50% damage and -2 to hit), Bite; 2d10). Has natural AC of 0 and can roar in a radius of zone3=130feet =fear=16T, zone 2=65feet=Fear (see zone 3) + Stun=1d6r, zone 1=13feet =stun (see zone 2) +Fear (see zone 1) + 6D6 of physical damage +Deafness1d10T (save1d4T), roar save -4. He can fly 360'(120') MF1B, carry 13HDx1000=13.000cn half speed and 6500 full speed, speak with animals. It has a barding multiplier of x3, and owns (rarely uses anymore) leather sphinx barding with Serraine regalia. It has al saving throw bonus of +4 against first, second and third level spells, it is immune to nonmagical weapon and creature below 4+HD natural damages. As the Rule Cyclopedia this male Sphinx is a 12th level magic user so powerful with a -4 victim save to its spells. He does not use fire based spells however, due personal choices.
Tsennakheb has never mated and is now an elder sphinx of 65 years age, used to live alone (not pleasantly in this aspect though). Tsennakheb is expected to live to a venerable age of 90 to 99.

The birds on the island are either accepted or as prey for the formidable beast. It feeds however mostly on seals and seagulls.
Vessels sunk close to the island were blown by the Sphinx's roar onto the reefs, and plundered by him using waterbreathing spells, also feeding on drowned victims(why let good food go to waste).
However, he does not normally fly more than a 2000 yard away from the island and as such most vessels are found in the southwest of the island.
Tsennakheb knows of the secret inhabitants of Branak Island yet the amount opponents deemed him too powerful to take the risk to chase them away. He no longer bothers them; however, several of the sunken vessels belong to the Iron Ring. 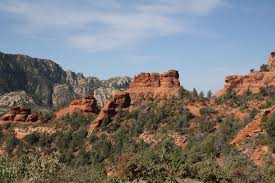 This is the second largest island of this group of rock islands in the Halag bay close to the Blight Swamp
The western section is roughly 1900 yards by 1900 yards. The island has several discernable peaks ranging between 300 and 550 feet high.
Like Sphinx Island this island has a secreted valley, one which exists from before the 1700BC disaster as an unknown Taymoran ruin tells.
Not many know of this valley, yet it is one of the headquarters of the Iron Ring. Scouting the island reveals only two fire places on top of the rock spires east and southwest and faint traces. The island like the other islands is mostly inhabited by seagulls, and other birds. Parrot divers nest on the shores where some vegetation is. And crabs feast on the debris brought in from the blight swamp like anywhere on these rocks. Except an ancient ruin of undetermined purpose of the Taymoran age, nothing of interest can be found on the island. However, the Iron Ring has discovered several caves and created in one of them the underground Thieves village Branak Cove, named like the island.
The island can hardly be approached as the many rocks and reefs underwater, and the Iron Ring did something else to bar strangers from reaching the island. They placed small (really small buoys of only a 2 feet) in the water, however, unlike the normal buoys these do NOT depict safe passage but instead reefs and such which clearly would sink a vessel if traversed.
The fires on the high rocks are used to signal approaching Iron Ring Vessels where to land (this depends on mood/necessity but also the tides and approach of the vessel.
The Iron Ringers had some severe problems with the Sphinx from the northern rock, yet their assassins, many missile weapon users, and even several spellcasters caused the dangerous creature to leave. The cost (unknown to the sphinx was however high, and about 50% of the locals have perished. These have been returned to their families and buried there, (often explained with a sea disaster of some kind, yet this explanation could bring suspicion to some clever adventurers as these dead were not sailors. but known as merchants or common folk).
Branak Cove village is 35' below the surface and accessible through 5 entry shafts and two tunnels leading into the rocks north and east.
The ruin is 95% destroyed and unknown of its purpose then long ago, yet a DM can place an old Taymoran Observatory with a few hidden underground chambers where a long forgotten Taymoran Vampire or Nosferat would be very happy to be released. It could also be a forgotten secret Shrine/temple to some unknown anti-Taymoran immortal, or a tomb with undead within...and treasures of a forgotten era of course.

Until recently (15sviftmont 988AC) this island was as unremarkable as Brown Spire rock. Similar vegetation an animal life. This 1100 by 1000 yard island has some coastal vegetation on the rocky coast populated by the aforementioned parrot divers and seagulls. The southern part has a pebble beach where even several giant crabs are sighted instead the regular 2 to 8”. In 2 Yarthmont 988AC Bartholomew Conspire arrived here from Ierendi Honor Island in search of an island of significant size and shape. He erected a safe anchoring location and with the help of willing locals from the Black Eagle Barony to and the allowance of both the Baron von Hendricks himself and the Grand Duke Karameikos himself a stone mage tower using some unknown purple stone. Unknown to him the dire plans of the Baron greatly disturbed his plans. The Baron and the evil Mage Bargle allowed this to only one goal to have another mage under control.
When Bartholomew started his experiments the 3rd of Sviftmont he was unaware of the spies of the Iron Ring. When he opened a gate to the Elemental Plane of Water, they disturbed the crystals he used to stabilize the gate. The gate no longer under control, unable to close, unable to withstand the water within, started to leak water, large amounts of water. The Iron Ringers either drowned or fled while Bartholomew up to this date tries to regain control over the gate. The continuous water greatly changed the island, making the eastern half a very fertile region with coastal evergreen, fir, and thousands of flowers in between. birds of all kinds took root here, amongst others both kinds of Piranha Birds, and a nest of Giant Pelican Monster Manual Chapter 2: Animals page 143 and 151 respectively
Bartholomew currently needs new crystals of a specific kind which are very rare and must be acquired somewhere else (he knows several Ierendi Locations having these) however he is unable to leave the gate more than 4 hours, and is continuously busy trying to stabilize the gate so it would not burst and flood the nearby coast. He needs the crystals to use the spell close gate. This is an excellent adventure for various levels, and the DM can use the iron Ring and the barony as opposition (beyond the local hazards close to the source of the crystal locations) as the baron has an increased fish profit from the local water due the clean salty water flowing in from the gate and does not want to relinquish this augmented income. This rock is somewhat different in composition than the other rocks of this island group as it contains several mineral strains giving it a variant color like as if paint has been splotched on it quarico style...hence the name. is is about 1000yard by 500 yard with spires of 300 to 500' high.
The island is further similar to all the other island in vegetation and wildlife, except one thing. Here on the island lie the remains of a large or even huge Dragon, slain by Aurum the golden Dragon a few decades ago. Apparently this unknown dragon was a great menace to the region and a stick in the eye of Aurum on her ascension to Dragon Ruling. She had to defeat it, and up to this date the remains of it prove she was succesful. However, it is since this day she no longer reveals herself as much in the open as Dragon than before. Something has changed in her behaviour due this battle.
The island is regularly visited by teleporting mages seeking dragon components (mostly bone segments or scales(color has fade away to grey, so the original is unknown to those not known with dragons...an expert could discern the specific race (this is a DM option)
There is along the southern coast an unknown ruin of Taymoran origin. This might have been a village in the mountains, yet also a mage tower or tomb from that era. A DM can place a great variety within these ruins as they have not been researched as seen but never reached by explorers.