On the Trail of Sinbad

Sinbad was a Nithian explorer who explored the Sea of Dread, founded the Nithian colonies on Minrothad, and eventually joined the ranks of the Immortals as a patron of sailors, explorers and adventurers. As an Immortal, he also made a name for himself as an explorer, of the Multiverse this time. Centuries ago, he embarked on a final voyage, one from which he did not return.

Chapter 1: A Web of Mystery

Recently, rumours have been spreading that the Ring of Sinbad has been found on a distant Plane. A Planar Spider named Parker is said to know of the Rings location, but now that Spider has disappeared. The Young Immortal PCs must seek out the Planar Spider. The Spider knows that the agents of Entropy are looking for him, so he has hidden himself away on a remote location.

Chapter 2: The Ring the Sailor

Parker the Spider reveals the location of the Ring of Sinbad. This jewel-encrusted ring is an which artifact might contain clues to the fate of the Sailor Immortal himself. Unfortunately, the city of a Fire Elemental Ruler. Also, Entropic immortals also seek the ring.

Having discovered the Ring, the PCs are dismayed to learn that in order to activate the Ring, they must have the blessing of the Fire Elemaster. Depending on what happened in the previous chapter, the Fire Elemaster will not be very inclined to bless the Ring. He might be convinced to do so however, if the PCs are able to steal a valued possession from the Lord of the Djinni. This is a magical lamp, contained in a secret location on the Plane of Air.

With the Ring activated, the gemstone set on the ring glows, revealing a map-like schematic showing the final voyage of Sinbad. The PCs may now choose to follow the path of Sinbad. If they do so, this would be a long adventure on its own, modelled after the Seven Voyages of Sinbad, though on an Immortal Level scale. At the end of this voyage they will find treasure, artifacts (perhaps an artifact-level sailing vessel used for planar travel) and clues to the path of becoming an Old One. Alternately, they could trade away the ring for favours from a senior Immortal. 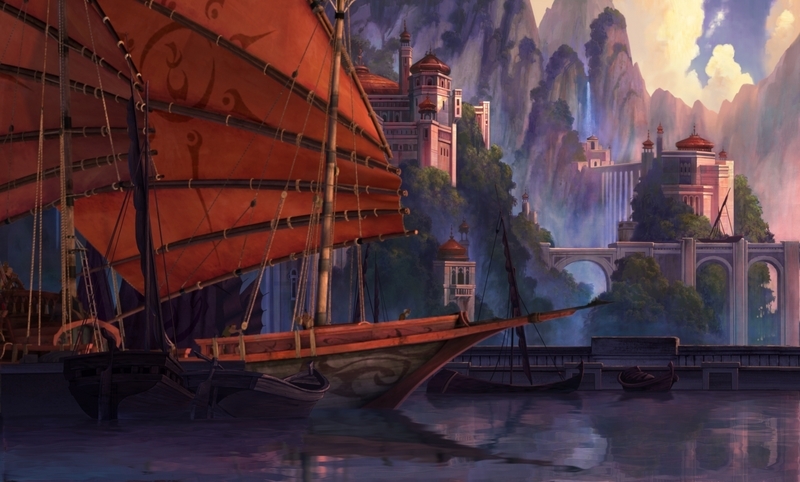