The ancient roots of the Maghyar-Orzag

The Cairn of Balthac
(WotI, and IM3?)
Fort Nell & Environments including Inlashar (land of Fortresses)
Also Geoff adventure is located in the Barrowfields

I believe he created this adventure around these

The Ruined City of Tolann

several old marks of the past are found between Gnollistan and Dwarfgate south of Yellow Orkia.
Thus according to all info we also have; Gnollistan holds Nithian Style Structures, and some Dwarven influences or structures. The Nithian Structures were thus created by Nithian Followers of Horon (a Lawful Immortal) hence organized, and regular.
Like the Old Necropolis, The Black Pyramid and the Nithian Style villages. The chaotic New Necropolis would thus be Gnoll made. The Gnoll Kings Tomb, was probably intended for the Nithian King but they dissapeared before, and thus was used by the Gnolls instead.

The Comeback Inn is also close by (relativly)

Yet I have the Slanted city of Khareth in mind ; 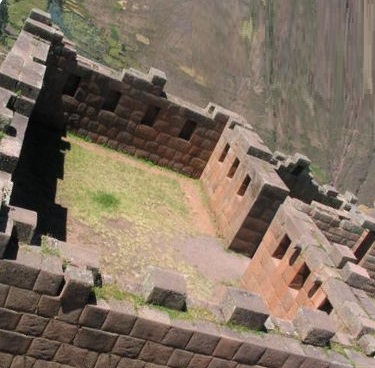 The mountains that collapsed SE of Gnollistan, sort of folded into itself leaving peculiar ridges of broken lands and compressed hills in between. This is also the Location of Carnifex ruins; The Slanted city of Khareth, by John Calvin or Sturm in their 2300 BC info.(I was writing the last chatper of the wonderful world of Mystara when i got depressed, then got shingles, lockdown ---I will surely start anew between the map making. Here some illustrations

and similar stuff I intend to use asap in the Blog

the voyage continues here. With Stone Giants, Geonids and Ghaleb Duhr found in the collapsed mountain (created by the destruction/creation of the Broken Lands 1700BC)

All are to be found on the surface map thus far.